Benjamin Zander is one of the world’s most well known classical musicians and is a source of profound inspiration to many people. He is a deeply insightful conductor, a master teacher of music, and an engaging speaker on leadership. Zander’s emotionally rich and insightful performances stem from his endless pursuit towards deeper understanding of the masterworks of classical music. Generations of musicians have been stimulated by his all-encompassing approach, his communicative openness, and his commitment to creating ambassadors for the art form. Zander’s belief that music is a vehicle for enhancing societal connectivity transcends the concert hall. His passion and boundless energy unlock potential within individuals and organizations while enrolling a global community to become lifelong devotees of classical music.

Music was Ben’s life at a very early age. At nine he was already composing and by twelve he was studying under Benjamin Britten and Imogen Holst. He left home at the age of fifteen to study for five years with the great Spanish cellist Gaspar Cassado in Florence and at the State Academy in Cologne. After completing a degree at the University of London, he was awarded a Harkness Fellowship to study in the United States. In 1965, he settled in Boston where he began his journey as a conductor.

From 1965-2012, Ben was on the faculty of the New England Conservatory of Music (NEC), where he taught Musical Interpretation and conducted the Youth Philharmonic and the Conservatory orchestras. He was the founding Artistic Director of NEC’s joint program with The Walnut Hill School, a high school for the Performing Arts. Ben led the NEC Youth Philharmonic on fifteen international tours and made several documentaries for the Public Broadcasting Service (PBS). His class on Musical Interpretation attracted students from all over the world. These classes now take place each month in public venues around Boston and are made available on YouTube, where millions of people watch them worldwide.

Ben founded the Boston Philharmonic Orchestra in 1978. Initially, the orchestra consisted solely of amateur musicians, but over time it has grown to include professional musicians and students. It is one of Boston’s premier orchestras, and it delivers subscription series concerts and innovative educational opportunities under its vision of ‘passionate music making without boundaries’. Beginning with Michael Steinberg’s passionate advocacy on Ben’s behalf in the pages of the Boston Globe, critics and the public have been united in their praise of Ben’s interpretations of the central repertory with the Boston Philharmonic. He counts among his most ardent admirers some of the most well-informed musical intellectuals in America.

For decades, Ben has traveled extensively as a guest conductor and educator. He has conducted orchestras as diverse as the Israel Philharmonic, the Bournemouth Symphony, the Scottish and Irish National Orchestras, the St. Petersburg Philharmonic, the Malaysian Symphony, the St. Louis Symphony Orchestra, the Indianapolis Symphony, the Youth Orchestra of the Americas, the Tulsa Symphony Orchestra, the Toronto Symphony Orchestra, and the National Youth Orchestras of New Zealand, Australia, and Venezuela. His performances, idealism, and commitment to authenticity have shed fresh, insightful, and sometimes provocative light on the interpretation of the symphonic repertoire. In the process, he has inspired countless musicians and audience members throughout the world.

Recording with the London Philharmonia Orchestra

For 25 years, Ben has enjoyed a unique relationship with the Philharmonia Orchestra in London. They have recorded and released Beethoven’s Fifth, Seventh, and Ninth Symphonies and Mahler’s First, Second, Third, Fourth, Fifth, Sixth, and Ninth Symphonies, alongside a recording of Bruckner’s Fifth Symphony. Each of these recordings includes a full-length discussion disc, within which Ben explains the music. Praise for these recordings has been unanimous. High Fidelity named the recording of Mahler’s Sixth as ‘the best classical recording of 2002’, Mahler’s Third was awarded the “Critics’ Choice” by the German Record Critics’ Award Association in 2004, Mahler’s Ninth Symphony and Bruckner’s Fifth Symphony were both nominated for the Grammy Award for Best Orchestral Performance.

In 2012, Ben founded the Boston Philharmonic Youth Orchestra, which draws young musicians aged twelve to twenty-one from the entire Northeastern U.S. to its weekly rehearsals and its performances in Boston’s Symphony Hall. This tuition-free orchestra tours regularly and has performed in Carnegie Hall, Amsterdam’s Concertgebouw, and the Berlin Philharmonie, among many other renowned halls. Under Ben’s guidance, the young musicians are offered the opportunity to study orchestral repertoire in a musically dynamic and intellectually challenging community. An important part of this process is the dialogue the musicians are encouraged to make with Ben via ‘white sheets’. These conversations, which begin with a note from a student to their conductor, lead to stimulating discussions on a variety of subjects including personal leadership, communication, musical interpretation, and the rehearsal process itself. Ben’s all-encompassing approach has led to the Boston Philharmonic Youth Orchestra becoming recognised as one of the finest youth orchestras in the world.

Ben enjoys an international career as a speaker on leadership. He has given several keynote speeches at the World Economic Forum in Davos, where he was presented with the Crystal Award for “Outstanding Contributions in the Arts and International Relations.” In addition, he has led talks on leadership at many of the world’s most important corporations, a small number of which include Google, BP, Johnson-Johnson, Intel, McDonald's, Pepsi, Unicef, Bloomberg, and Kellogs. These speeches are based on the principles outlined in his best-selling book, The Art of Possibility. This was co-authored with the leading psychotherapist Rosamund Zander, and it has been translated into eighteen languages. Ben’s TED talk on The Transformative Power of Classical Music has been seen by over eighteen million people, and it is the most viewed TED Talk about music.

In 2002, Ben was awarded the Caring Citizen of the Humanities Award by the United Nations. In 2007, he was awarded the Golden Door award by the International Institute of Boston for his ‘outstanding contribution to American society’. In March of 2009, he was awarded an honorary doctorate from New England Conservatory of Music, and in 2012 he was awarded Faculty Emeritus status at that institution. In 2019, he was presented with an Extraordinary Lifetime Achievement Award at the ABSA Achievement Awards in Johannesburg in recognition of his contributions in the spheres of Music, Culture, and Leadership. This is the first time that the award has been given to a non-South African. Previous recipients of the Award include Nelson Mandela and Bishop Desmond Tutu.

"In the measurement world, you set a goal and strive for it. In the universe of possibility, you set the context and let life unfold."

See What Other People Say About Ben

"Everywhere that I travel I meet musicians who began their musical journey with Ben Zander. They retain, gratefully, their enthusiasm, determination, and high ideals!"

"Zander is an absolute dynamo the likes of which I’ve not seen replicated. Every time I think about him a smile comes to my face – his leadership message is positively infectious."

"One of the most thrilling Mahler performances I’ve ever heard!" 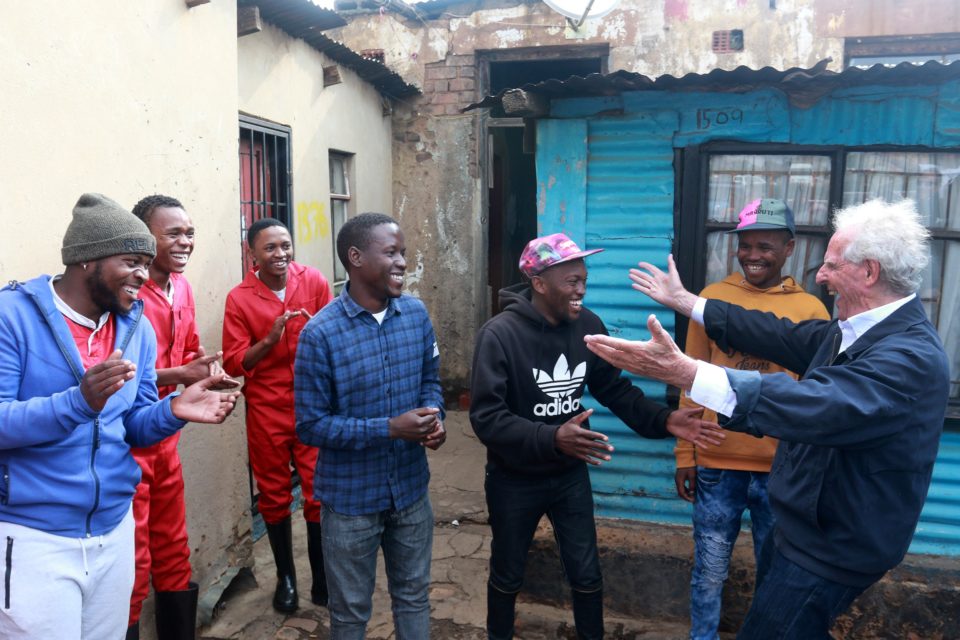 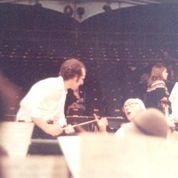 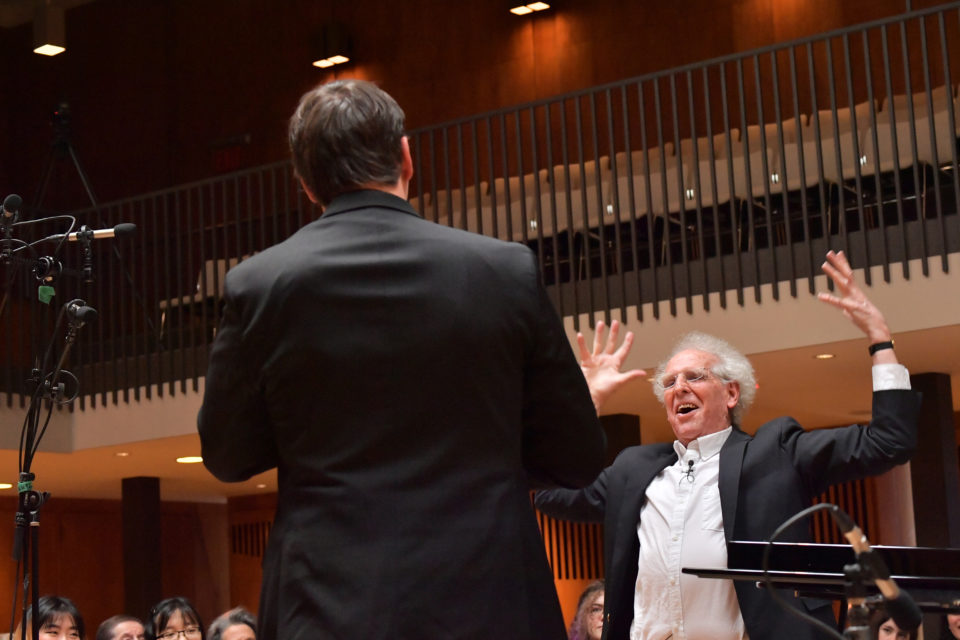 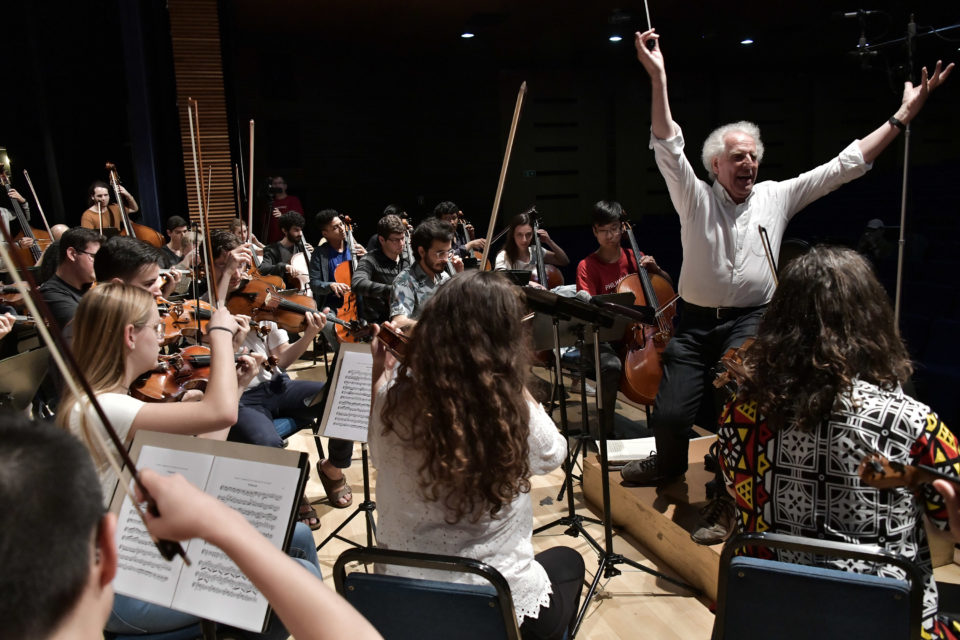 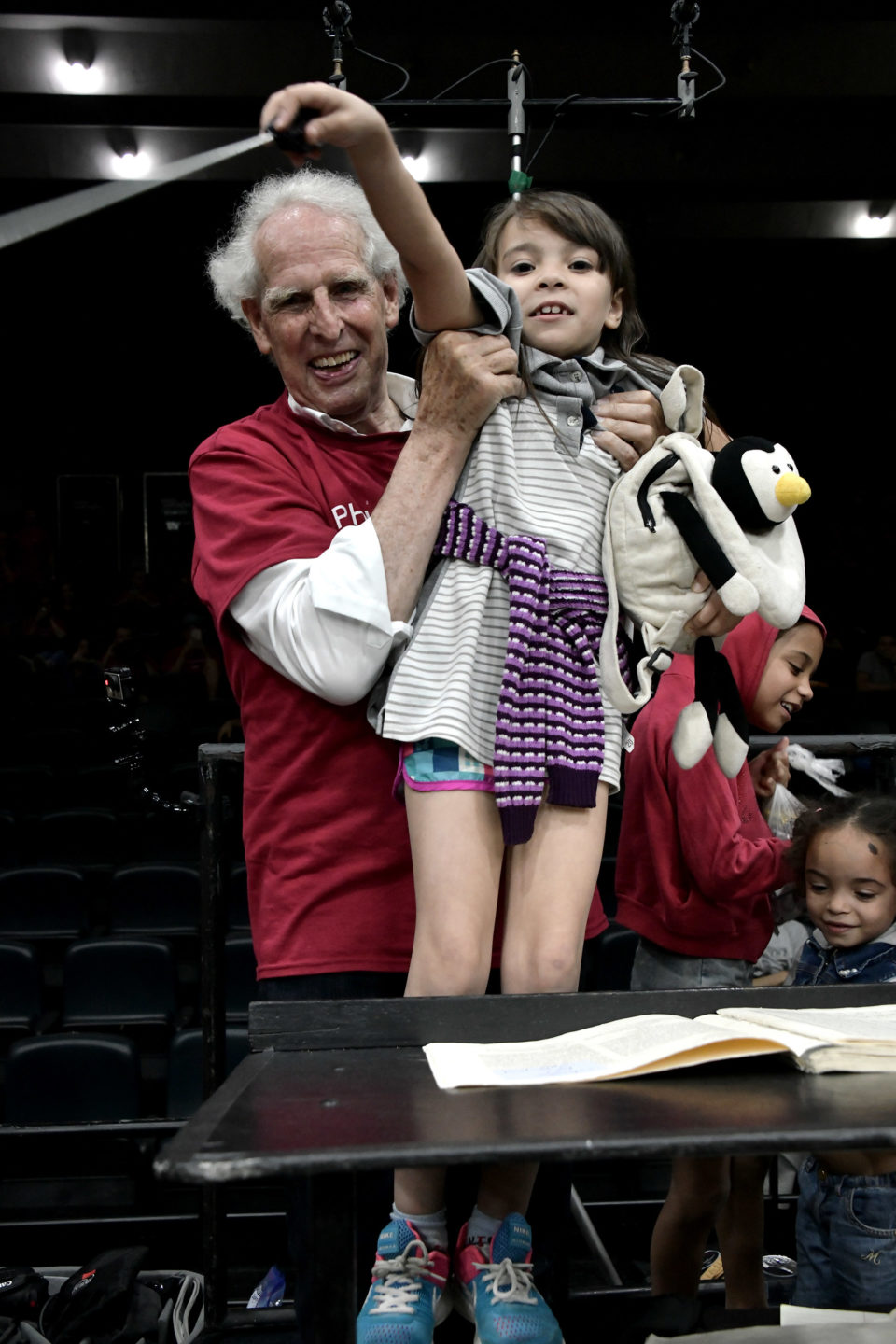