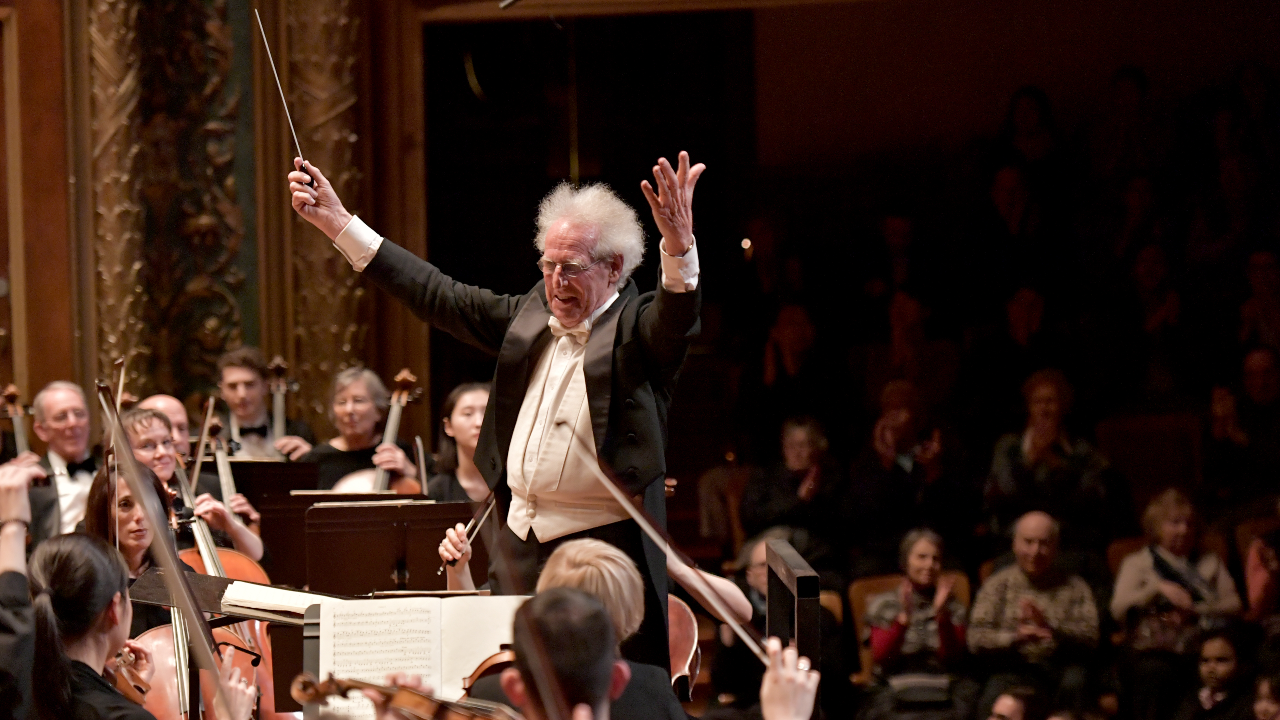 One of the joys of touring to other countries is that occasionally I discover a remarkable artist whose reputation has not yet reached the United States. During the last BPYO tour to Europe, I was introduced to one of Holland’s most revered musicians, Liza Ferschtman. Her performance of the Beethoven Violin Concerto is subtle, impassioned, richly hued, and deeply considered. I look forward to merging my own strong convictions about this work with the insights and radiant musical personality of one of our era’s finest violinists.

Considering the intimacy of the Beethoven, the final piece on the program had to be a work that could challenge the orchestra to the limit. What better choice than Rachmaninoff’s Symphonic Dances? A recently released historic recording allows us to hear Rachmaninoff himself demonstrating a substantial portion of the work on the piano. Rachmaninoff forbade private recordings of his piano playing, but fortunately, someone secretly switched on a tape recorder in the next room while the composer was showing Eugene Ormandy how he wanted the piece to go. His greatest orchestral work, the Dances inhabit both the Old and New Worlds: they are Russian to the core, but with a filmic element that reflects its place of birth, Los Angeles. It is also Rachmaninoff’s swan song and displays his total mastery of orchestration as well as a succinctness not evident in his earlier orchestral works. -Benjamin Zander